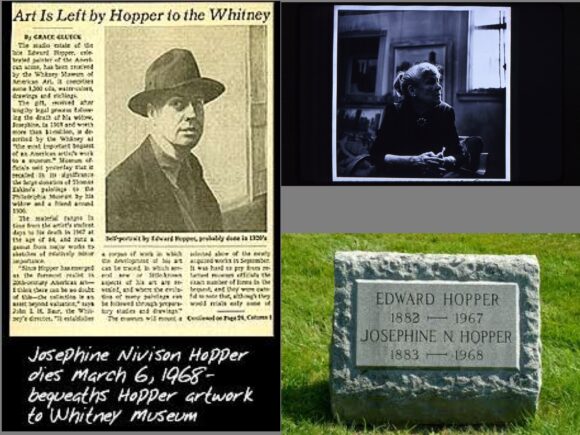 1) Edward Hopper’s Last Will and Testament: No mention of Sanborn! 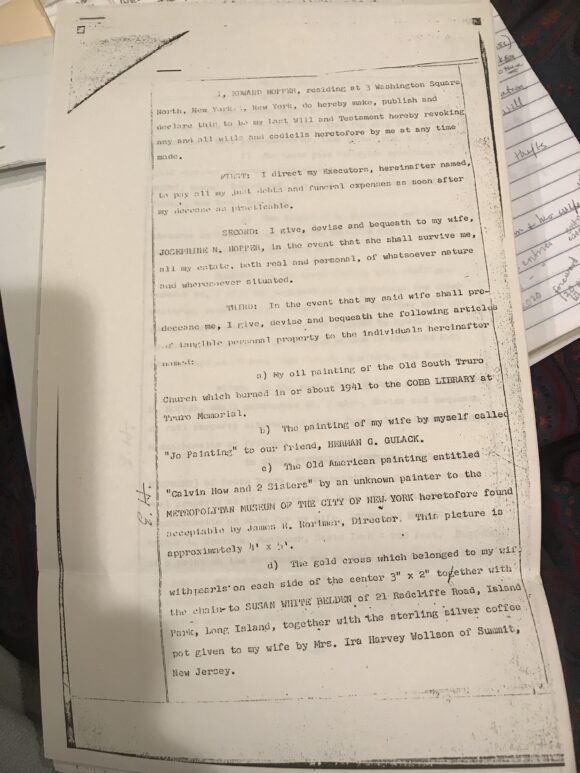 2) Josephine Hopper’s Last Will and Testament: no art for Arthayer Sanborn, who got her to add him after Edward’s death, just months before her own death. Sanborn was one of six residual beneficiaries, meaning that after the named bequests were made, he was left a sixth of what remained. No works of art remained. 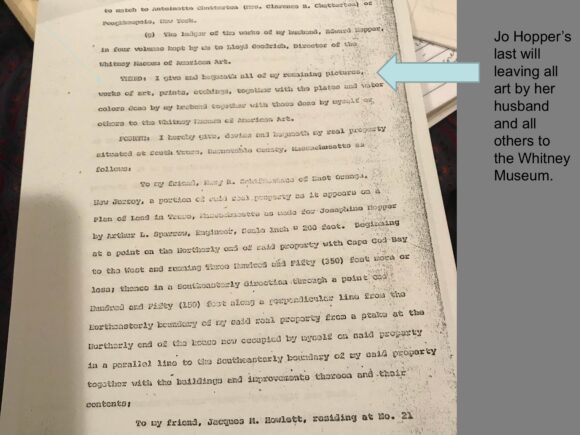 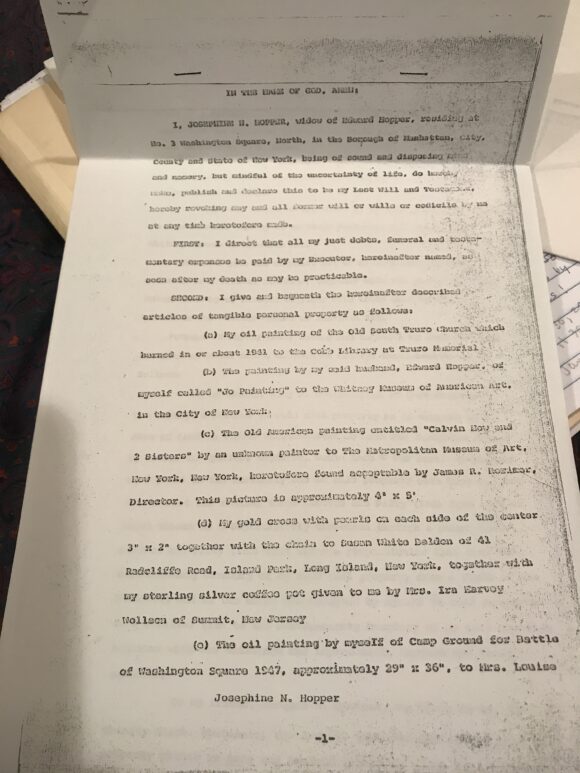 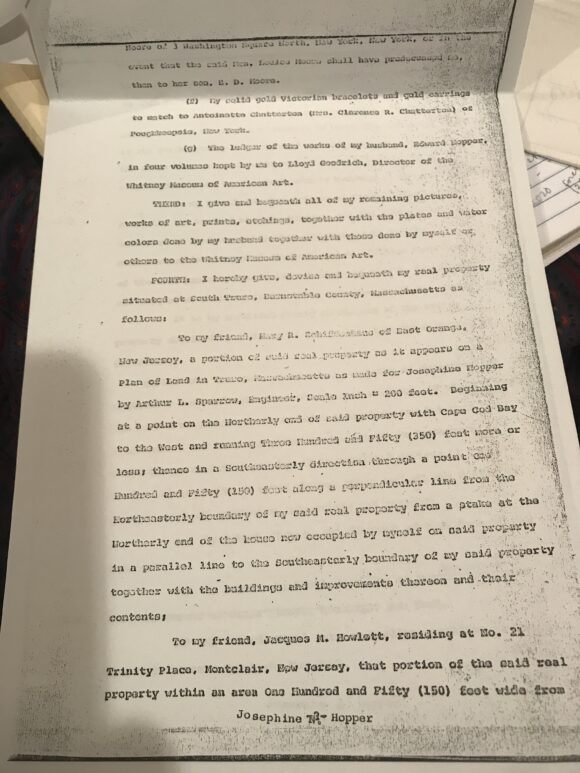 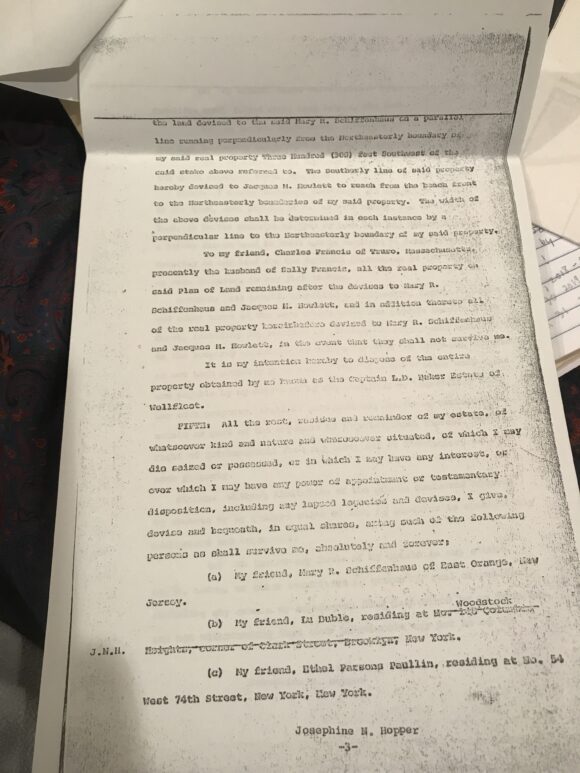 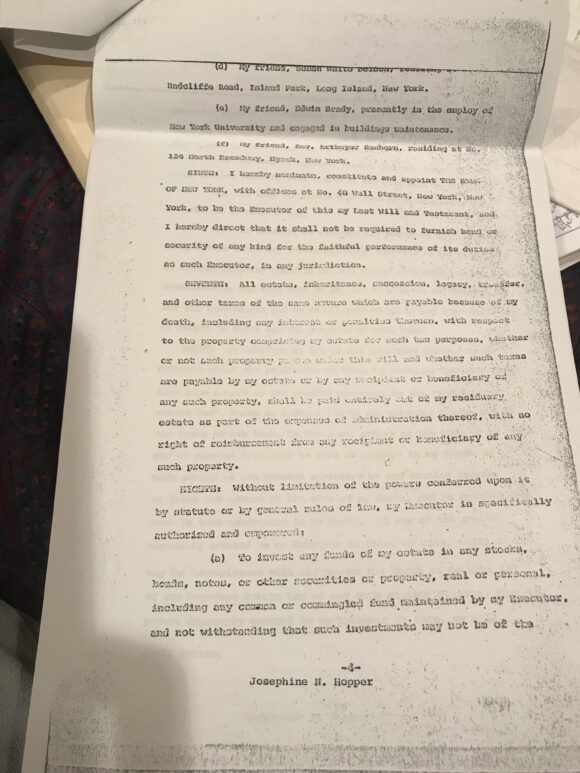 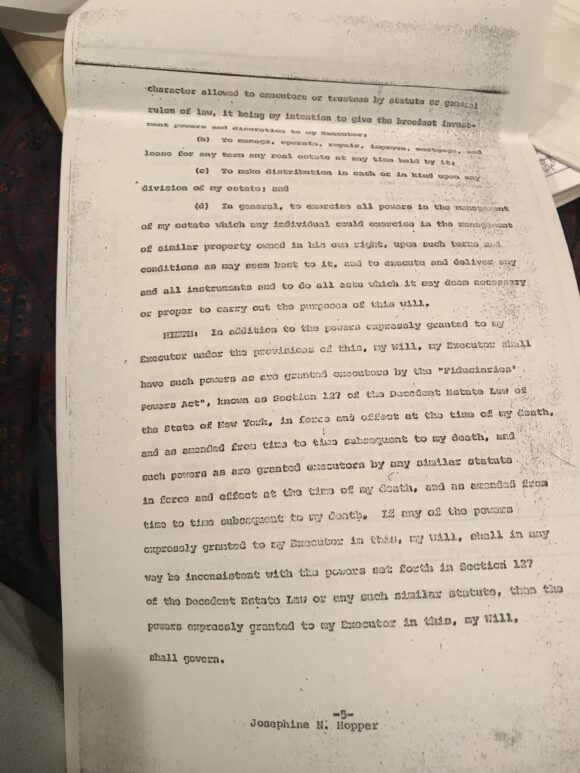 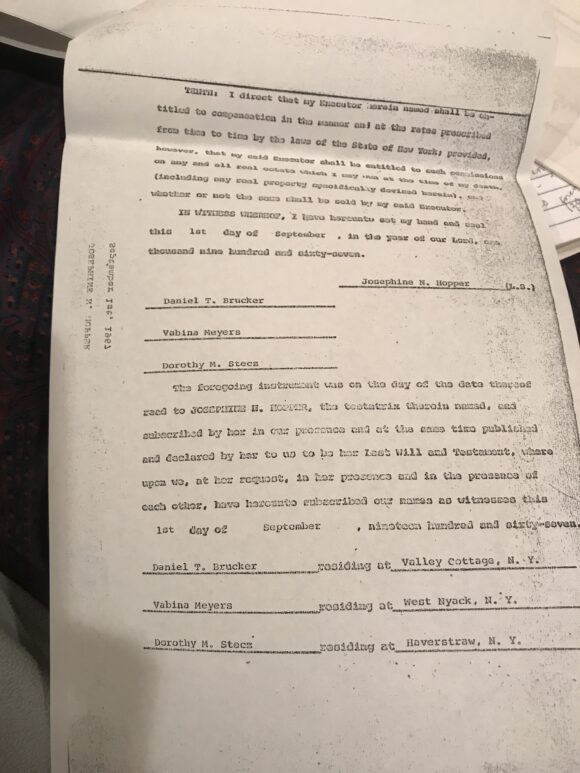 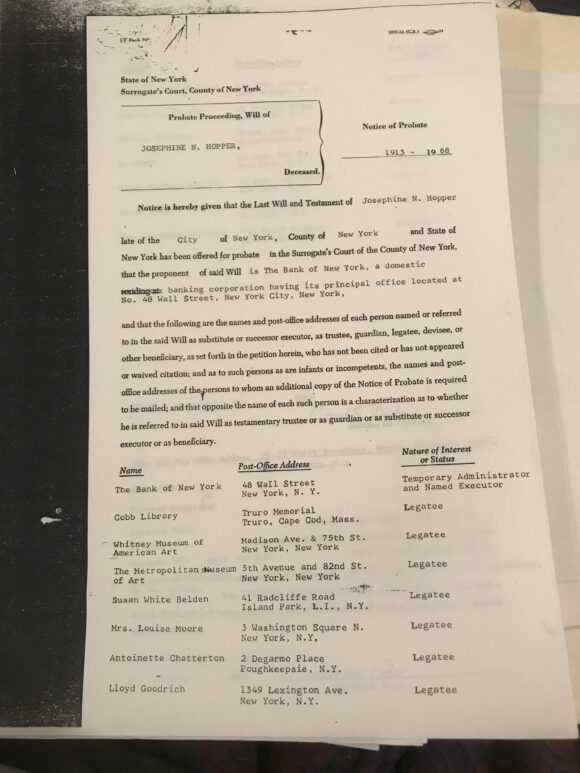 Probate document for Jo’s will in two pages above and below. 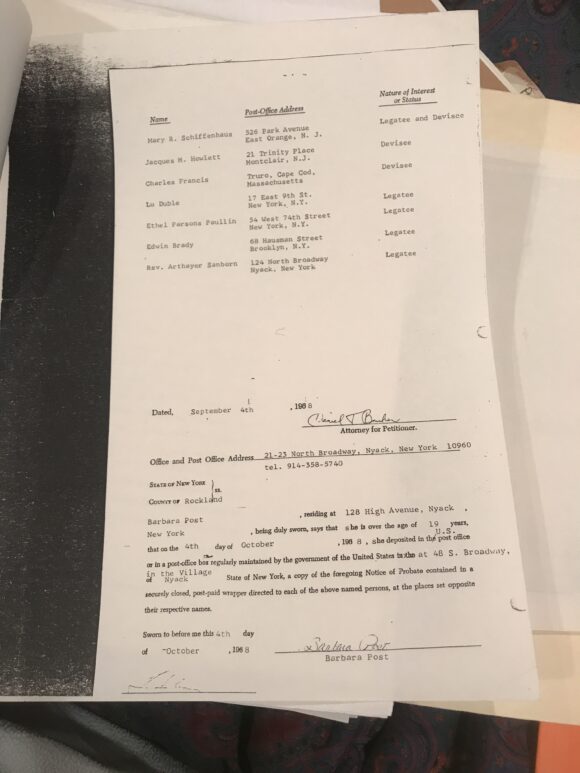